This year the Philippines and France are celebrating 75 years of diplomatic relations. Formal diplomatic ties were established with the signing of a Treaty of Amity by then Philippine Vice President and concurrent Foreign Affairs Secretary Elpidio Quirino and then French Foreign Minister Georges Bidault on June 26, 1947 in Paris.

Several activities have been scheduled to celebrate the occasion. 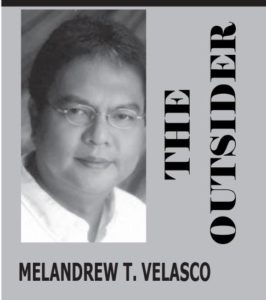 This year’s celebration is even more significant because another Filipino has been conferred the Legion of Honor, the highest distinction given by the French Government and one of the most famous in the world.

RSA was conferred the Legion of Honor with the rank of Officier (Officer) in recognition of his contributions in the promotion of Philippines-France bilateral relations  by advancing shared economic goals and being a force for good.

The conferment ceremony was held at the French ambassador’s residence. Ambassador Boccoz expressed gratitude to RSA for the role he plays “as a businessman and as a philanthropist to strengthen those ties between France and the Philippines, and to promote friendship between our two peoples.”

The ambassador acknowledged RSA’s efforts to help in the delivery of humanitarian aid from France to the Philippines for Typhoon Yolanda (Haiyan) victims.

RSA was Philippine Airlines (PAL) ad Chief Operations Officer when Typhoon Yolanda devastated Leyte and neighboring provinces.  “We will do everything we can to assist in government’s efforts to respond to the needs of our countrymen. We will continue to coordinate closely with government agencies to see where we can help. We are prepared to extend assistance any way we can,” he said.

Under his leadership PAL helped airlift not only donated relief goods, rescue workers and medical teams from local organizations but also from foreign donors, including France.

It was also at that time when a new Airbus jet was being delivered from Tolousse, France to PAL under the flag carrier’s fleet renewal program initiated by RSA. Airbus, a European multinational aerospace corporation, and the French government loaded the new aircraft with food aid and medicines for Yolanda victims.  Also transported were French doctors and first-responders to help with the relief and recovery effort.

With the fleet renewal program, a long-term partnership between Airbus and PAL was established. Today, this partnership is very much visible in the key infrastructure projects of San Miguel Corporation.

RSA has tapped French expertise into SMC’s various projects. For the New Manila International Airport development, he has chosen Aéroports de Paris Group, an international airport operator based in Paris, as one of its consultants. He also tapped the Matiere, another French firm for SMC’s various infrastructure projects.

The infrastructure projects where the French experts will be involved in are just among those being undertaken by SMC to help boost the economy and improve the lives of his countrymen.

During the conferment ceremony RSA expressed his thanks to the French government for the honor that he proudly shared with his colleagues in SMC.  “This recognition inspires me and my colleagues in San Miguel Corp. to work even harder to deliver a better future for all and uphold the common values that we stand for and live by,” he said.

He emphasized that SMC remains committed to dedicating its resources to build back better, through initiatives that will help boost economic growth and that pursuing sustainability is essential to achieve this. He also noted that the friendship between the two countries has never been stronger.

Bilateral relations between the Philippines and France covers many areas including trade and investment, cultural, climate change, defense cooperation, environment and biodiversity protection as well as people-to-people exchanges.  France is one of our country’s largest trading partners and investors from the European Union. Then French President Francois Hollande made a State visit to the Philippines in 2015 further bolstering the two countries’ relations.

In 2019, RSA was named one of The Outstanding Filipino (TOFIL) awardees for his contributions in nation-building.  He was recognized with the Asia CEO Awards’ Lifetime Contributor Award in 2020. This year, it’s the Legion of Honor.

Recognitions are invaluable sources of pride not only for the recipients and their families. I too, am proud of my fellow Filipino.  It is a well-deserved honor for RSA.

PERRYSCOPE: Why did Bongbong abolish PACC?

EDITORIAL: Fidel V. Ramos was the statesman the Philippines needed